It took only 2 years between the first teasing of the game and the announcement of its release, in the end Elden Ring is not the vaporware it could have been. The game from From Software, designed by Hidetaka Miyazaki and George R. R. Martin, gave us a lot of information yesterday, with a gameplay video.

Gigantic panoramas with epic battles, a universe to discover, a character that you can create yourself, weather and day/night cycle management, and even the possibility of playing with 4 players in co-op, what more could you want?

I might as well tell you that this game won’t be for everyone because the difficulty should once again discourage the average person (about 90% of the players) but the fact of offering an open world and getting out of the “corridor maps” is really good news.

We enjoy the video and the screenshots. 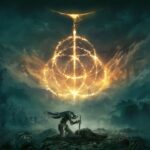