Developed by the Finnish studio Housemarque, Returnal is a third-person action game exclusive to the PlayStation 5.

After Demon’s Souls, this is the second game exclusive to the latest Sony console and it is therefore natural that the spotlight turned to this video game UFO when it was released in late April.

After having thrilled us on PS4 with Resogun, the studio has set itself a big challenge: to create a 3D rogue-like game with a 3rd person view on a console. It’s hard to compare it to another hit without having to make concessions, as there aren’t many roguelike games of this kind.

Returnal offers us a completely original story straight out of the minds of the writers of the Housemarque team. It is not a sequel to another game and it is a real coup from the studio that developed it.

We are going to live an unprecedented experience on an alien planet, where the encounters we will have will always be hostile. Loneliness will become our best friend, because it is the only constant in this disturbing adventure.

In terms of atmosphere, we find ourselves at the beginning in a very “Alien” universe, which will turn little by little towards a more personal style but still distressing.

Returnal is a rogue-like game and it follows several rules that define this genre. If you are not familiar with this type of game, I will try to summarize the basic principle of the game.

When you launch the game for the first time, you will discover a short cinematic that sets the bases of our story in a very succinct way. We play as Selene, a space traveler (scout to be more precise) who crashes on an unknown planet (Atropos).

We start the adventure next to our Helios ship that has become useless (it won’t fly anymore, that’s for sure) and our only solution to escape from this world is to send an emergency signal. So we’ll try to find a place to send a distress message, and to do so we’ll have to cross worlds populated by enemies (who do nothing but wait for us all day).

Armed with your pistol, you control Selene through levels (= biomes), trying to kill the enemies you meet while collecting the objects that are on your way.

Despite your undeniable talent, it is very likely that you will get killed during the adventure and this is where the rogue-like principle comes into play.

When you die in Returnal, you wake up again next to the ship, in the same place where your adventure began when you first started the game.

All the objects that you could pick up disappear and you have to start the adventure again. To keep the challenge interesting, your new game will not look like the previous one.

Indeed, the biomes are composed of rooms that you cross and the order of these rooms is defined randomly when your new game begins.

Understand that if the development team has built 50 different pieces for the first biome, when your game starts the game “builds” a new labyrinth by choosing about 20 pieces among those available for this biome.

Returnal offers a rich universe in every respect. On the one hand, with at least a dozen enemies per biome, the fact of mixing enemies and the sequence of rooms forces us to be constantly attentive.

On the other hand, the number of items and weapons. During our adventure we’ll meet for example completely different weapons to allow us to play with the style that best suits us. If we can count on an assault rifle and a shotgun, we will quickly turn to less conventional weapons with more original functioning to fight the aliens.

The weapons we use improve over time and although we start each game with our pistol, the improvements unlocked on the weapons will remain active when we pick them up again. In this way the game becomes “simpler” as we progress, despite our successive defeats.

With Returnal, Housemarque proposes an original use of adaptive triggers. If we are used to aiming with the left trigger in most games, here this trigger offers two levels of “zoom” with a stop between the two.

A “low” pressure will simply zoom in a little to use our weapon in a classic way, while a full pressure will allow us to use the secondary fire of our weapon. So in the middle of a fight, we can shoot with the right trigger as usual, but trigger a more powerful (and different) shot depending on the pressure on the left trigger.

It’s this kind of idea that makes Returnal’s gameplay a real joy. Our character responds instantly to the controller’s commands, the game is fluid and the movements are fast. You can jump, “dasher” for a few seconds to avoid an attack, follow up with a hand-to-hand attack before throwing your grapnel to reach a high platform.

The fights are dynamic, both horizontally and vertically, since the levels are often played on several floors, and the weapons play on the fact that some projectiles fall back after a few moments (in a realistic way).

Another good point concerning the fights is the management of the flash reload. Once your magazine is exhausted, you have the possibility to succeed in a kind of QTE to reload your weapon more quickly and sometimes get bonuses.

This is an essential option in combat that can turn against you because if you miss, you will jam your weapon for a few seconds. Seconds that can be precious if you are facing a boss for example.

We can’t talk about Returnal without talking about the alien objects we encounter. During our game we find “parasites” that we can install on our armor to improve our ability. But who says bonus says malus. A parasite always comes with a positive and a negative side.

For example, we can have a parasite that will allow us to do 50% more damage in close combat, but our “dash” will take 50% longer to recharge. It’s a good idea because it’s up to the player to choose if he wants to take one of the parasites or not to get both the positive and the negative side of the item.

The same goes for the speaker in the controller that tells us when our secondary shot is ready. A rather strange choice on this point because the game emphasizes the use of 3D audio (via headphones), and I can tell you that when you play with a headset you can’t hear the controller’s speaker at all.

A pleasant gameplay and good features are not everything, and Housemarque offers us a fantastic universe to top it all off.

Returnal takes place on a planet where we will cross 6 different environments, to help us understand an excessively complex story. We are far from a classic science fiction game or a rogue-like game where we play for fun. Returnal relies rather on the depth of its story (that of the civilizations that inhabited Atropos, but also the life of Selene) to make us want to play again and again.

If at the beginning we are interested in the extraterrestrial life, we quickly realize that the story of Selene is the real focus of the game.

This is a choice that may seem strange for a rogue-like game. The more you play Returnal, the “easier” the game becomes as your weapons improve, you understand more and more the enemies’ pattern and you learn which items to use or buy during your games.

And once you’ve finished the game, there’s no real interest in going back into the adventure. Often roguelike games allow infinite replayability by offering customizable challenges or difficulty modes, but not Returnal.

We have a daily challenge that allows us to compete with players from all over the world with a points ranking, but when we start a new part of the game (a cycle), if we have understood how the enemies work, the randomness won’t offer us enough challenge.

So the only reason to keep playing Returnal is to understand its story. And I must admit that it is quite complex.

The only narrator of the game, Selene shares her impressions during our games by talking to herself. To help us understand what is happening to us, we find here and there audio recordings made by Selene from past (or future) moments.

We come across statues, plaques written in an alien language, a whole bunch of information that we have to decipher ourselves in order to advance in our understanding of the history of Returnal.

Like all good science fiction stories, Returnal is not simply the adventure of a space traveler who crashes on an abandoned planet, but rather an obstacle course that our anti-heroine will have to traverse, through time and space, in search of her memories.

We come for the fun of the fights, we stay for the complexity of the story.

Not to mention the sound and visual atmosphere. We can easily talk for hours about the attention to detail in each level, the original ideas for the enemies and the perfect way in which the music accompanies the different moments of our adventure, oscillating between radio silence and shrill moments during the fights.

The “in-game” save system is missing. Once a cycle is started, you have to finish the game by chaining the bosses, or die. It is not possible to save and quit the game to start a new one.

There is no start menu when you launch the game, you start a cycle directly. This is frustrating when you start a good game and you want to change the game for a few hours (or just turn off the PS5 completely).

You have to leave the console in rest mode and not change the game if you want to stop your game to resume it later.

It will take about 10 hours to finish the game if you are a rogue-like player and if TPS are no secret for you. Otherwise, it will take you much (much) longer to get through the 5 bosses of the game.

Indeed, if you die in front of a boss, you will have to go through the randomly constructed levels again, find a weapon that suits you and items that go well to allow you to succeed in moving forward.

The game offers shortcuts between biomes, but you still have to reach them without dying and by using them you won’t get items that can be crucial for your hardest fights.

Once finished, chances are you won’t come back to it, and this is disturbing enough to be pointed out because it is the baes principle of a rogue-like.

Where is the score assigned to the game in this test? It's simple, there is none. We believe that the experience offered by a video game cannot be reduced to an arbitrary rating as complex as it is. We invite you to read the whole test and the verdict which give a fairly detailed idea of ​​the experience provided by the game.
Returnal PS5
News Amazon Micromania
PS5 Returnal
Date: 30/04/2021 | Genre: Horror Roguelike | Dev: Housemarque | Edt: Sony Interactive Entertainment
Buy on Amazon More posts 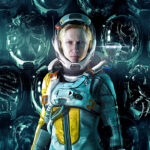 The music of Subnautica: Below Zero takes us into the atmosphere of the game