Review / The Falconeer: a fantastic and original aerial shooter

Review / The Falconeer: a fantastic and original aerial shooter

The Falconeer is one of the UFOs. Video games developed by one person and which still manage to make a name for themselves before their release, often for a good reason: they are promising.

An even rarer event, The Falconeer is squarely part of the launch games for the Xbox Series X|S, and that’s a good thing! If the game has been mentioned a lot because it allows you to reach the famous 120 fps, it is also an original and entertaining video game adventure that you might like.

Let’s go for the test of The Falconeer, a game developed by Tomas Sala.
(Tomas Sala, if you ever read this text, bravo for the realization!)

The Falconeer takes us to a universe where land has given way to an infinite ocean. Humanity survives in villages clinging to a few mountains or other rocks scattered around a huge rift that lies in the middle of the water separating the survivors into several factions

Obviously, travel is done by sea and air, whether for the transport of information or goods.

It is in this original world that you will evolve and experience several adventures, to discover the history of this civilization.

In The Falconeer, we embody a somewhat original “falconer”. Indeed, our falcon is not a pet that can land on your arm, but it is in fact an animal that is several times your size.

The story of The Falconeer is made up of several chapters which will allow us to discover several facets of the history of the world in which we play.

Indeed, each chapter allows us to embody a character from a different faction. Once the 4 chapters are completed, we then fully understand the vision of the protagonists and the unfolding of events.

To begin our story, we have to choose the hero we are going to play. We can choose from several characters with different names and faces, but also between two different classes which change our skills a little at the start of the game.

Our hero starting the adventure at level 1, he will gradually evolve which will improve the capacities of our hawks (agility, speed, resistance …) in order to allow us to take up increasingly difficult challenges.

Once the chapter has started, we find ourselves in the main city of our “family” and we can now walk around the map. The Falconeer is a game that allows us to freely explore the map by flying as we wish.

The gameplay to fly with our falcon is nice, but you have to figure out how to fully control it. For example you can accelerate for a few moments thanks to a stamina gauge that must be filled by making dives.

To rise, we can use the air currents that will propel us upwards, or forward to gain speed. If the freedom in flight is total, we must learn quickly to handle our mount so as not to have unpleasant surprises during the fights.

Because The Falconeer is also a fighting game in which we have to choose to protect the boats we escort, objects we carry around between our talons or attack flying enemies, boats, and even fortresses.

To get there, you will have to control your hawk while targeting your opponents. A locking system allows you to always keep an eye on your target while performing stunts.

The fights quickly become more and more lively and stressful, whether it is by the number of adversaries that you meet, but also by the diversity of the weapons of the enemies, or by the weather conditions which come to add a little spice.

An interesting feature is also in the game with the ability to lock several different parts of an enemy ship. You can destroy the cannons, or else the means of transport first, just press a button.

The only problem is that in a rush, we don’t always know very well what we have selected as the target …

You don’t have unlimited “ammo”, so it needs to be recharged every now and then with energy that you can find in the midst of thunderstorms or by going near volcanoes.

For example, if you reload your weapon with volcanic energy, you can fire fiery shots that will burn your opponents.

Your mount can only be equipped with one weapon at a time. On the other hand, you have the possibility of replacing it with a new one for a fee. The new one will do more damage, but it will also function differently.

The most expensive weapon in the game does massive damage, but it really drains your ammo very quickly. At buying the weapon that best fits your style of play. You can also “upgrade” your hawk, either with temporary or permanent objects accessories.

Apart from the main mission, you can complete optional contracts to earn some money. The missions look like two drops of water to the story, only easier.

Unfortunately, they don’t tell us anything about the plot of the game and we do them to earn coins, and it’s pretty repetitive.

The Falconeer offers us an interesting story, fights that keep us going with a freedom of movement that pleases. Not to mention the universe that really makes you want to stroll, through the clouds, to escort lost ships or to explore abandoned temples.

The game is beautiful, in a particular visual style that offers us bright colors, all accompanied by perfect music. Just for the visual universe and the atmosphere, we want to launch the game to fly over the ocean for a few moments.

If you want to experience the adventure more realistically, you can hide the HUD so you only see your hawk. A good idea which is pleasant when exploring the world.

I played The Falconeer for ten hours to come to the end of the main story but also to wander around the map to discover it completely. You can easily spend a little time flying over abandoned islands, and you can always return to play any chapter while keeping the items and levels unlocked.

The Falconeer offers us a great gaming experience with an original adventure. The gameplay can hold back more than one, but once you understand how to control your hawk, you can take full advantage of the combat and the world to explore around you.

Where is the score assigned to the game in this test? It's simple, there is none. We believe that the experience offered by a video game cannot be reduced to an arbitrary rating as complex as it is. We invite you to read the whole test and the verdict which give a fairly detailed idea of ​​the experience provided by the game.
The Falconeer PCXbox OneXbox Series X|S
News Amazon Micromania
PCXbox OneXbox Series X|S The Falconeer
Date: 10/11/2020 | Genre: Aventure Open-World | Dev: Tomas Sala | Edt: Wired Productions
Buy on Amazon More posts 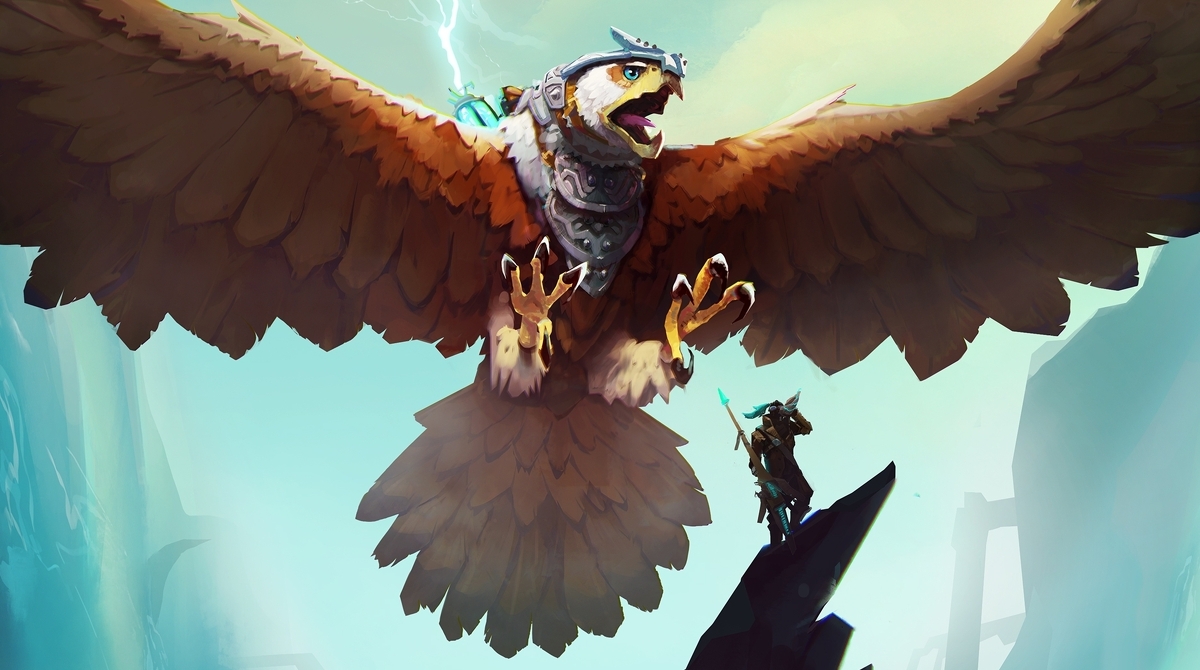