Review / West of Dead : demanding gameplay for a deadly western

Review / West of Dead : demanding gameplay for a deadly western

It was in November 2019 that we discovered West of Dead during the X019. A short video to put us in the mood of this roguelike / western which takes place in the afterlife (or almost). Made by UpstreamArcade, a small team of developers, West of Dead is a demanding and addictive game.

West of Dead literally propels us to hell. We embody a character who has just died and who wakes up at the bottom of the hole. No paradise or hell, only a bar where the only person present explains to us that we must go to the East or West to find rest. Out of luck, someone is preventing the dead from going there and you are going to set out to correct this little problem.

The levels that we cross are generated randomly, which is essential for a roguelike. We stroll in dismal, poorly lit, and freaking out environments. From the marsh to the farm via the mine and the abandoned city, the western world is here perfectly represented.

Our character begins the adventure with two (random) weapons. These have infinite ammunition, which will be very useful in this endless maze. We cross rooms filled with enemies that we will have to kill (before it is they who kill us). Each defeated opponent gives us “souls”, a currency of exchange at particular checkpoints to improve our character and his objects.

The catch is that all death is permanent. If your life gauge is empty, you will start again at the beginning of your adventure, with new weapons and new rooms that will succeed. The only thing that will not go away is what you will have unlocked at this famous checkpoint.

We can adapt our style of play thanks to the weapons we find during our adventure, and we can also equip ourselves with accessories to simplify our life. The basic principle of combat is focused on light. Each room is first of all plunged into darkness. You will need to light lanterns that will temporarily dazzle opponents, giving you the opportunity to screen them with bullets.

Your character has the ability to automatically take cover near objects that can hide it. An essential aid if you want to survive more than 3 minutes, and which materializes via a movement in “bullet-time” mode which gives a little spice to the fights. Once undercover, our hero automatically reloads his weapons, as long as he is given time to do so quietly.

We are often overwhelmed by the number of enemies and strategy becomes our best ally, with our reflexes of course. The stress rises quickly during the gunfights, and we start to jump in all directions while aiming as well as the finest triggers of the west.

And that’s fun! After the first minutes to take control of our hero, we try to visit every corner so as not to forget an enemy who would have hidden in the dark, waiting for us at the corner of a corridor. So yes, our character will sometimes aim oddly, or he will take cover when it was not planned, but we quickly get used to this type of annoyance.

The atmosphere is perfect, and the dubbing of the characters is very easy. The game is clean down to the last detail. We must not forget the graphic style which is a real good idea, which works very well with the play of shadows and lights used for the gameplay.

With its randomly generated levels, unlockable weapons, and accessories, West of Dead has a good lifespan for anyone who wants to try their luck. The more casual player will probably give up quickly because the progression curve can be complicated at first if you are not used to roguelikes.

West of Dead offers us an original roguelike in a dismal and successful world. Demanding, its gameplay will brake more than one. We play it in small doses to always advance a little more in history. A western as we rarely see.

Where is the score assigned to the game in this test? It's simple, there is none. We believe that the experience offered by a video game cannot be reduced to an arbitrary rating as complex as it is. We invite you to read the whole test and the verdict which give a fairly detailed idea of ​​the experience provided by the game.
West of Dead PCPS4PS5SwitchXbox OneXbox Series X|S
NewsReview Amazon Micromania
PCPS4SwitchXbox One West of Dead
Date: 18/06/2020 | Genre: Roguelike Action | Dev: Upstream Arcade | Edt: Raw Fury
Buy on Amazon More postsRead the review 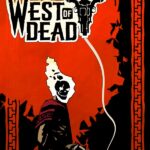