We must admit that it is not only the game that is twisted, the way to sell it and the merchandising that is around it is also a UFO in the genre. If you don’t know, Control is Remedy’s latest game, a successful mix of action and storytelling that takes us on an experience that is in line with the studio’s work.

Released in August 2019, it will have the right this year to an Ultimate Edition which on paper looks strangely like the Deluxe Edition. On the program, you will have the game + the 2 DLC (The Foundation + AWE), as well as all the free updates of course. If you’ve already purchased the game, you’ll likely need to get your hands on the wallet if you want to play it on PS5 or Xbox Series X as only the Ultimate Edition will have a free update.

While waiting for the release of the AWE DLC which will allow us to find Alan Wake (yes, Alan Wake, you are not dreaming) from August 27, here is the official artbook which will be in good bookstores at the end of the year. Announced in “Limited Edition”, it contains 384 pages of illustrations and explanations on the creation of Control. In a format that will hardly fit in the library (11×8.5 inches) but which can suddenly remain on your coffee table without any problem.

This book published by Future Press is for pre-order on Amazon US at the moment for a price of 59.99 $ / 59.99 €. It will undoubtedly end up with me, along with Quantum Break’s and Alan Wake’s PC collector’s item. 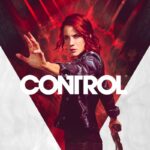