We take advantage of the release of a “making-of” video (but in the end, we don’t discover much) which has just seen the light of day on the latest game from Moon Studios to plunge back into the universe of Ori. As in the first episode, Gareth Coker has here composed an epic and magical sound environment that accompanies us throughout our adventure.

It was the Philarmonia Orchestra which was on instruments, for a recording which took place in London. For the voices, it’s The Pinewood Singers, which we have already heard for the music of Fable, Harry Potter, or The Lord of the Rings.

After this behind the scenes, I offer you the full OST (Deluxe version) for more than 3 hours of music. A soundtrack that will appeal to everyone, whether you’ve played the game or not.

Ori and the Will of the Wisps PCXbox OneXbox Series X|S
News Amazon Micromania
PCXbox One Ori and the Will of the Wisps
The story takes place immediately after the events of Blind Forest and is narrated by the Spirit Tree in the forest of Niwen. Kuro's last egg hatches, giving birth to a baby owl whom Ori, Naru, and Gumo name Ku and raise as part of their family.
Date: 11/03/2020 | Genre: Aventure Plateforme | Dev: Moon Studios | Edt: Xbox Game Studios
Buy on Amazon More posts 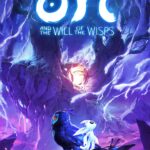