Bluepoint Games was no stranger to remakes when Demon’s Souls was released on the PlayStation 5, and now Noclip takes a look at the development history of this must-have remake for Sony’s latest console.

We obviously talk about Shadow of the Colossus, but also about Uncharted. The team explains their work process to adapt the original versions of the games to the new consoles with their engine.

If the game is difficult, developing the remake seems to be the ultimate level of difficulty when you listen to Bluepoint Games. Whether it’s the debugging part or the fact that the original documents were in Japanese…

Rather than starting from scratch, Bluepoint Games uses the original code to keep the gameplay of the base game, and then adapts it to make it fully functional.

Have fun with this documentary which is a little gem, as usual with noclip. 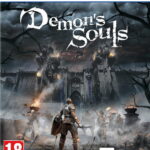 Mario treats himself to a limited edition Tag Heuer watch

What happened to the 32 PS5 games that represented PlayStation's future in 2020?