Prophecy, a demo of a Sucker Punch project on video

Prophecy, a demo of a Sucker Punch project on video

Since yesterday it is a video of a Sucker Punch project (according to the rumor) which is making the rounds of the Internet, but not of Ghost of Tsushima. It’s a ten-minute demo of a project called Prophecy. Since the studio has not made an official statement, everyone is speculating.

We can see a single-player game session, with fights and parkour that obviously reminds us of Assassin’s Creed because it is this license that democratized this type of game.

For our part, we will rather take the opportunity to remember that between two game releases, the studios are working on a lot of concepts and demos. Sometimes they never see the light of day, sometimes they don’t even aim to be in the spotlight.

They rarely reflect the quality of the final game (we remember the prototype of Horizon Zero Dawn in 2011). 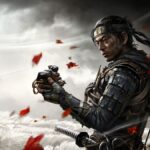 Xbox Series X / All information about the console, its games and the future of Xbox