Review / Battletoads: action and humor to share with many

Review / Battletoads: action and humor to share with many

The arrival of Battletoads on Xbox and PC is a comeback that fans have been waiting for for a few years now. This reboot of a game that marked a whole generation of players couldn’t be a simple remastered version of the original released in 1991 on Nes.

Dlala Studios took care of breathing new life into this license, with the help of Rare. An original game, which mixes beat them all, platforms, and an unlikely number of other styles.

Batteltoads allows us to live an incredible adventure with a team of 3 frogs ready to do battle. Rash, Pimple and Zitz will have to (and especially want) to return to the top of the bill to be celebrated again.

In a world that has forgotten them, we will have to make fists (and paws in fact) speak against enemies, each more unlikely than the next.

Battletoads is basically a beat them all. We will inevitably think of the very good Streets of Rage 4 released this year, which also took over a classic of the genre to modernize it just right. Well Battletoads has achieved the same feat, but focusing more on humor than technicality.

The game is playable up to 3 in offline co-op, each controlling their different toad. If you don’t have a friend, then you will have the possibility to play as the frog of your choice, and even to change in the middle of the game to make combos during the fights.

Best of all, if one of your toads runs out of life, the next toad will take its place so that you can continue the adventure. Obviously each hero has its own particularities with a fairly clear playstyle as soon as you try them (one is more combat oriented, the other speed …).

What’s very fun is that the game is all about humor, entertainment and fun.

Our frogs don’t just hit “loaded” points. For example, we are going to transform into a shark, or use a huge fish to type all the time (but these are examples that we can explain, the other animations are pretty crazy). It’s completely improbable and really fun.

We don’t pick up weapons while we visit the levels, but we have original abilities and if we want to play using all the “features” of our frogs, we will have to practice a minimum.

For example, we can catch enemies with our tongue to either attract them towards us, or to bring us closer to them. If you are overwhelmed, you can also spit some chewing gum on an opponent to block them for a few moments.

All of these options make fighting fun and dynamic. I haven’t had the chance to try out multiple players at the same time, but we imagine that it must easily be a mess on the screen.

It’s not just beat them all phases, there are also a whole bunch of other unrelated mini-games, and most of them are well done. Unfortunately some are pretty bad, and that can impact the fun that the rest of the game gives you.

Whether it’s the “flying motorcycle” obstacle course, or the platforms in a very Rayman style, one must quickly understand the new game mechanics and one does not get bored.

We take pleasure in strolling through the levels, to look at all the funny little details hidden in the decor.

Battletoads is a game that is aimed at both the youngest who will have fun in easy mode, as well as the older ones who will enjoy the crazy humor of Rash, Pimple and Zitz. It is a truly entertaining game, which will make you forget your day in seconds.

The music fits perfectly with the atmosphere of the game, electric and colorful, and the graphic style is also a real good idea.

To live up to its history, Battletoads is not a basic “easy” game. You will need several tries on each stage of the game. An invincible mode is present if you are tired of trying for the fortieth time.

You can start the race for the perfect score if you are more in this optic. Whether by achieving the best combos but also by collecting all the hidden objects.

It took me almost 4 hours to come to the end of the story, looking quite quietly for hidden objects.

Battletoads offers us an entertaining, carefree moment where your reflexes will be strained. He does not reinvent the wheel and some passages are less successful than others. To try alone or with others to relax and enjoy the humor of the game.

Where is the score assigned to the game in this test? It's simple, there is none. We believe that the experience offered by a video game cannot be reduced to an arbitrary rating as complex as it is. We invite you to read the whole test and the verdict which give a fairly detailed idea of ​​the experience provided by the game.
Battletoads PCXbox OneXbox Series X|S
News Amazon Micromania
PCXbox One Battletoads
Buy on Amazon More posts 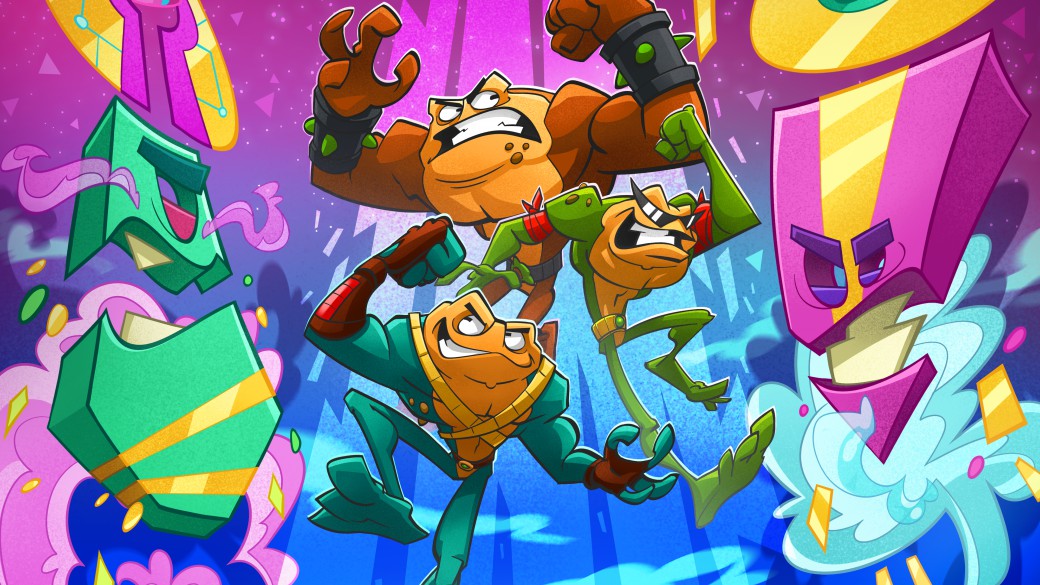 Nacon accessories to transform your smartphone into an Xbox

Power Your Dreams, the advertising campaign for the Xbox Series X|S begins