The long-awaited sequel to the Spider-Man game released in 2018 on PS4 accompanied the arrival of the PlayStation 5 last year to the delight of players. Gone is Peter Parker, hello Miles Morales.

The game was talked about before its release in a good way for its graphics and in a bad way because of a small communication problem around its format.

Marvel’s Spider-Man: Miles Morales (let’s call it MM) is a full game and not a DLC as some may have thought before its release.

A few months after its release, this Spider-Man is bug free and the game runs perfectly on PlayStation 5, so it’s a great opportunity to get into the adventure.

The original Spider-Man played by Peter Parker is replaced by Miles Morales. This young boy who was also bitten by a spider will have to protect the city as best he can during Peter’s holiday.

The adventure takes place during the Christmas period and we will discover New York City under the snow. An ideal choice to show us the capabilities of the new Sony console. We dive into an environment decorated for the holidays where neon and other lights are numerous, perfect for playing with ray-tracing.

MM features an African-American and Puerto Rican teenager who must save New York and its inhabitants. This is a strong image offered to us by Insomniac Games and PlayStation as it is the first hero of the PlayStation 5. The Black Lives Matter movement is also present in the game.

MM may not make video game history with its gameplay, but it has taken a step forward in terms of diversity in video games.

MM offers us an adventure that is both spectacular and intimate. Indeed, as usual, the main story of this Spider-Man will put forward a protagonist who wants to control the city and a second character who wants revenge, all with futuristic powers and weapons.

To add a little spice, the story is made more touching by directly involving Miles’ family and friends and that’s it.

Scenistically our adventure holds up and like our original Spider-Man, the game effectively shares with us the doubts and questions that Miles asks himself throughout our gameplay experience. Peter’s teammate is only 17 years old when we play him and we can tell you that he will go through a lot.

The game is rich in characters to surround Miles, be it his mother who is running for council, but also Gankee his best friend or Aaron Davis his uncle (there are others but we won’t spoil the adventure).

If they are well represented and their background is perfectly built, their role in the game is rather light. Gankee is a bit like our Jarvis and the exchanges we have with him are rather sketchy, as is Rio Morales, Miles’ mother.

You feel alone in this huge city where you pass an impressive number of pedestrians and cars. While this doesn’t interfere with the adventure, we would have liked to have had more interaction with our surroundings (apart from phone calls).

Miles Morales has two differences from Peter. The first is that he was not bitten by the same spider and his powers are different. He can, like his mentor, cling to walls and swing from spider webs of course.

But above all, he has electrical powers that allow him to fight more effectively. If you can still kick and punch enemies, or block them with webs, the most effective way is to perform attacks using your “bio-energy” gauge to electrocute your opponents a little.

Obviously, we can’t use our powers ad infinitum, we have to recharge a “bio-energy gauge” by succeeding in normal attacks against our enemies. You have to do a lot of combos and dodge attacks to get through the fights, which often involve a lot of enemies at the same time.

A clever choice that allows for dynamic and spectacular fights, with slow motion during special moves to give a wow effect.

We start the adventure with little knowledge of our powers and end having unlocked new and increasingly powerful skills. The progression is well thought out as you become more powerful as Miles discovers his abilities.

Another power not to be forgotten is the ability to turn invisible, which is undoubtedly the icing on the cake for being able to play the various parts of the game in infiltration mode rather than rushing headlong into battle.

Miles doesn’t just rely on his powers, he also has gadgets and skills that can be unlocked throughout the game to make our confrontations easier or more spectacular.

The second difference with Peter is his (recent) membership in Harlem and his willingness to represent the neighbourhood and defend its inhabitants. Peter wants to save the world, Miles wants to save the people.

To do this, he will provide various services to the people of Harlem, but also to the rest of the city. To provide us with side missions, Miles uses a smartphone app accessible to any New Yorker. A good idea that allows us to always have something to do while walking around the city.

The combat is well done, the movements are pleasant and the enemies are well thought out.

As is often the case, we have several types of enemies to force us to adapt during our fights. Kicking in a loop won’t be enough, you’ll have to learn to dodge, grab your opponents’ weapons (to break them, not to use them) and so on.

Insomniac Games offers us a really beautiful game on PlayStation 5, not only with its use of ray-tracing or 4K textures, but by the richness of the environment that surrounds us and the fidelity of the realization of the city.

If you’ve ever visited New York, you’ll enjoy walking through the streets of the city, recognizing the neighborhoods and monuments. It’s pleasant enough in normal times, but you have to admit that at this time it’s even more fun because you can’t really travel.

Don’t forget to say that our hero is customizable (a little) because you can choose the outfit he wears when he is Spider-Man. Whether you’re more of a classic or futuristic type, you’ll find something to suit you. For my part, I went straight for the Spider-Man: Into the Spider-Verse outfit because it’s simply the best.

There is also an option to have the sounds and animations in line with the cartoon directly in the game, a real nugget.

I’ll finish by saying that musically it’s perfect. We find the Marvel and Spider-Man atmosphere but with a different sound that corresponds well to Miles. We would have appreciated it if the music had been a little more prominent in the game because we can see that the studio wanted to highlight Miles’ passion but nothing more.

It will only take you about ten hours to complete the story and collect all the items scattered around New York. You can always restart a game in New Game + to increase the difficulty (or not) of the game while keeping everything you have unlocked beforehand.

Once the adventure is over, the game can rest in your library as there is no DLC announced at the moment.

You can always launch it to take a walk around the city and change the weather once the game is over.

Marvel's Spider-Man: Miles Morales offers us a heroic adventure on a human scale in a snowy New York. With effective gameplay, polished graphics and an engaging story, it would be a shame to miss Miles Morales' adventure if you own a PlayStation.

Where is the score assigned to the game in this test? It's simple, there is none. We believe that the experience offered by a video game cannot be reduced to an arbitrary rating as complex as it is. We invite you to read the whole test and the verdict which give a fairly detailed idea of ​​the experience provided by the game.
Spider-Man Miles Morales PS4PS5
News Amazon Micromania
PS4PS5 Spider-Man Miles Morales
Date: 12/11/2020 | Genre: Action Aventure | Dev: Insomniac Games | Edt: Sony Interactive Entertainment
Buy on Amazon More posts 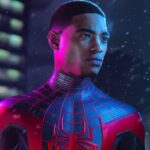