The Ascent is the first game from the small Swedish studio Neon Giant, a company with only a dozen employees. So it’s quite original to see that since the announcement of the Xbox Series X|S, Microsoft has decided to put this game in the spotlight.

While the game could have benefited from the hype created by Cyberpunk 2077, this is not really the case as CD Projekt RED’s game did not really succeed in launching the cyberpunk game “trend” again.

Let’s embark on the cyberpunk adventure that Neon Giant offers us with this little test.

The Ascent takes place in a dystopian future on the world of Veles. Mega-corporations control everything and everyone as the majority of the inhabitants are forced to work for these companies in order to survive.

The game depicts a chaotic world where living conditions are deplorable as the cities look more like modern favelas than classic futuristic structures.

The story begins when the corporation that controls your “tower/city” closes its doors. Your hero, who is not a hero, has to investigate the reasons for the sudden disappearance of the management of “The Ascent”.

A good excuse to visit the world around us and try to climb the ladder.

The Ascent is an action/adventure game with RPG mechanics, all in isometric view. You see your character from 3/4 (a bit like watching a football match) and you control both his movement and his aim.

On the RPG side, the game follows a classic path but one that works very well. Our character gains experience, levels up, improves his attributes (reload faster, aim better, dodge more often…) without forgetting the possibility to fully customize him from the beginning of the game.

You can change your appearance during the game, but in the end it’s a rather gimmicky option as you won’t see any details of your character, except in the cinematics.

There is also a range of futuristic and well thought-out weapons that you can discover on your opponents’ bodies or simply buy in the shops, as well as armour that is as effective as it is original.

You have to choose your weapons according to your opponents (classic bullets for humans, electric ammunition for robots…) and that’s why you can constantly switch between two weapons in the middle of a fight.

The game is not stingy and you can walk around with all the weapons, armour and items you find during your game without ever having to get rid of any equipment.

Perfect for testing a new weapons suit or a new state-of-the-art helmet.

If you level up during the game, your enemies also become more and more resistant. To stay alive you will have to upgrade your weapons which will increase their attributes (damage per second, cooldown time…) but also your upgrades and secondary skills.

As the missions progress, we discover futuristic gadgets to be used sparingly during the fights, be it drones, mechas, grenades and so on, to completely customise the way you fight.

The game retains an old school system as you are told in the menu the recommended level for the main and optional missions. Instead of giving enemies a dynamic level (e.g. they always have the same level as you, or 1 or 2 levels ahead), all missions already have their level set.

This system will force you to do the side missions at the same time as the main storyline, otherwise you will end up with too high a level and will clear the mini-bosses in a few seconds.

The last important point about the combat system is the undercover shooting. The Ascent allows you to crouch like in many games, and this is often relatively useless. But for once, it’s cleverly used.

Battles take place mostly in urban environments and it is essential to hide behind vehicles, futuristic benches and other constructions that will allow us to remain protected from our opponents’ bullets.

In order to shoot at your enemies once you are under cover, you can then pull a trigger and your character will raise his arm above his head. So you have to be quick and strategic when starting a fight by quickly analysing where you can hide while shooting at your enemies.

This system added to the rest of the possibilities offered by the weapons/upgrades combos allow us to have dynamic fights that are rarely won in advance. It only takes a second of inattention for a simple fight to be your last.

The game also puts you in the shoes of a budding hacker and as your adventure progresses you will be able to open secure doors, hack into defence turrets but also obtain items to heal yourself and even money from the ATMs found throughout the city.

Of course, you can’t talk about The Ascent without mentioning its atmosphere. The game is full of details everywhere you look. While most of the time we are in a “corridor” map system, the developers have given as much importance to what is happening on your way as off.

By playing with the verticality, it gives an extremely lively world. The game takes place on several levels and you have to navigate it with the help of stairs and lifts, and all these constructions give credibility to the game and its story.

Visually it is superb. Whether it’s the lighting in the poorer areas where smoke sometimes saturates the visibility, or the floor where it’s constantly raining, the cyberpunk atmosphere created by Neon Giant is simply magical.

And rather than having us live out a story in a lonely world, there are an impressive number of characters everywhere you go, in a way that is reflective of the game.

We can overhear discussions between NPCs talking about their daily lives, which allows us to immerse ourselves a little more in the secondary missions which are also quite original.

It is worth noting that the team has worked on the creation of well-designed alien races and robots. If unfortunately you can’t embody them during the game, they have the merit of existing and creating a credible population for the story.

All this work is magnified by a perfect musical universe. Pawel Blaszczak’s compositions accompany the adventure just right. It’s hard not to get hooked on this successful cocktail.

You will need about twenty hours if you intend to complete the entire adventure offered by The Ascent. Probably less if you live the story in co-op since the game offers you the possibility to go on a quest for the truth alone but also with up to 4 players. Local co-op is also available!

The Ascent offers us a neat adventure in a world that has just collapsed before us. By respecting classic gameplay mechanics and mixing them with beautiful graphics, we end up with a hypnotic game that projects us into a very "Blade Runner" universe.

Where is the score assigned to the game in this test? It's simple, there is none. We believe that the experience offered by a video game cannot be reduced to an arbitrary rating as complex as it is. We invite you to read the whole test and the verdict which give a fairly detailed idea of ​​the experience provided by the game.
The Ascent PCXbox OneXbox Series X|S
News Amazon Micromania
PCXbox OneXbox Series X|S The Ascent
The Ascent is a solo and co-op action RPG set in a cyberpunk world. ... may not like this based on your games, friends, and curators you follow.
| Genre: RPG Solo Multi Co-op | Dev: Neon Giant | Edt: Curve Digital
Buy on Amazon More posts 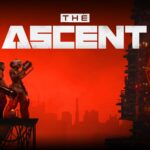 Pokémon and Pikachu are back at Celio from August 17