Twelve minutes is an atypical game both in terms of its subject matter and the gameplay mechanisms it offers. It is an interactive thriller developed by a very small team of developers and whose original idea is the work of Luis António.

More than six years after its first appearance at PAX, Twelve Minutes is finally being released on PC and Xbox to the delight of gamers looking for games that emphasise story and narrative.

Twelve minutes is an adventure behind closed doors. The story takes place in a flat that can be seen from above and in which a man and his wife live. The flat is not large and consists of a living room/kitchen, a bedroom and a bathroom.

We then take control of the husband as he returns from his day’s work just after he has passed the door of the flat.

The idea behind Twelve Minutes is that once you start the adventure, you have ten minutes to do anything you want, from chatting with your wife to exploring the flat.

When the ten minutes are up, you start a new cycle where everything is back in the same place in the flat, your relationship with your wife is also back to where it started, but what has changed is that you remember everything you did in the previous cycles.

The aim is to gather information to advance the story and to obtain new options for interaction with the characters.

Because it’s not only your wife who will be present in the game, there is also a policeman who arrives in the middle of the game. It’s up to you to find and understand his motives in order to “move on”.

A particularity of Twelve Minutes is that the game leaves you in control of your character without telling you what to do. You will have to investigate blindly. You don’t have an objective on the screen, so it’s up to you to try out actions to see what happens.

There are no bad ideas, and if it ever goes wrong, you start your cycle all over again, so you can’t lose.

It is therefore imperative to be observant, to listen to the characters, to test all the possible combinations with the objects present in the flat, to play with the timing (you can see the minutes running out in the pause screen) and to have imagination.

It’s hard to make up your mind about the story until you’ve completely finished the game, and to finish the game you’ll need to have an ending that shows you the end credits. But there is no “one” right way to finish the adventure, you can always choose to more or less “find” your own.

Don’t expect a Mass Effect ending where you have to choose an answer in an “et voila! You’ll have to think, understand what’s going on and that’s not bad.

The way the story unfolds is addictive. You want to find out more, you want to know how to use your clues, how to combine your information, to understand more about how you got there.

Like Returnal, the idea of the time loop is not just there to make the adventure interesting, there is a real meaning. And like Returnal, the story is twisted enough that it takes a good fifteen minutes (and why not search on the Internet) to really understand everything you’ve just experienced.

The idea of having only ten minutes or so is also perfect. If it seems short at first, it’s just what we need to develop our strategy and link the actions as required. While putting a little bit of stress on us in this race against the clock.

It should be noted that the music composed by Neil Bones is discreet and perfectly proportioned. It leaves us alone during our exploration but it punctuates our actions in the best way.

Not to mention the dubbing of Willem Dafoe, Daisy Ridley and James McAvoy, which coupled with the music propel us into a very cinematic adventure.

It took me almost 8 hours to complete all the achievements in the game (as I had the good idea to delete my progress after completing it once). The game should give you a hard time as sometimes you have good ideas, but you don’t necessarily have the opportunity to make them happen as you are missing a “clue” for your character to do so.

And as there is no help in the game, you may go in circles for a while before you figure out how to unlock the situation.

Twelve minutes has a pretty mind-blowing amount of interaction and the situation will always change with every choice you make. Whether they are clever or completely stupid, there are always new options that you won’t have thought of and I recommend you spend some time trying them all out!

Twelve minutes is an atypical and excessively addictive game. An adventure that should preferably be lived without interruption, to fully enjoy the emotions it provides. It is a unique experience that you must try, whether you like point and click or not.

Where is the score assigned to the game in this test? It's simple, there is none. We believe that the experience offered by a video game cannot be reduced to an arbitrary rating as complex as it is. We invite you to read the whole test and the verdict which give a fairly detailed idea of ​​the experience provided by the game.
Twelve minutes PCXbox OneXbox Series X|S
News Amazon Micromania
PCXbox One Twelve minutes
Date: 19/08/2021 | Genre: Aventure Point and click Solo | Dev: Nomada | Edt: Annapurna Interactive
Buy on Amazon More posts 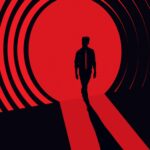