The retro-futuristic music of Streets of Rage 4

The retro-futuristic music of Streets of Rage 4

We rarely succeed in a good game without good music these days. And the return to the front of the scene of the iconic license Streets of Rage could not be done without a soundtrack full of nuggets.

When the name of the lead composer was announced, the news may have surprised more than one. It is indeed Olivier Derivière who took care of creating the atmosphere of the game. He knew how to work with some big names in music (Yuzo Koshiro, Groundislava, XL Middleton, Keiji Yamagishi, Harumi Fujita, Motohiro Kawashima, Yoko Shimomura, Scattle and Das Mörtal) who took care of composing the music of the bosses.

A soundtrack that sounds good and that instantly propels us into the games of our childhood (for some of us). 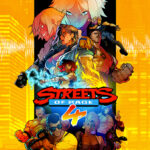 Change of dimension with these wallpapers from Control