While waiting for BotW 2, The Legend of Zelda gets a Game & Watch

Jeu / The Legend of Zelda: Breath of the WildDisponible exclusivement sur Switch
Merchandising

While waiting for BotW 2, The Legend of Zelda gets a Game & Watch

To celebrate the 35th anniversary of the license, Nintendo decided to do exactly the same thing as with Mario, that is to say to release a Game & Watch for The Legend of Zelda.

The small device will carry 3 iconic games of the series: Zelda 1 and 2 on NES, Link’s Awakening on Game Boy. There is also the possibility to display the time, and that’s a small consolation to spend almost 50$ if you want to get it.

With a release date of November 12, you can expect some stock-outs at the time of release, but a word of advice, don’t rush. The Mario version sold for a small fortune before coming back on special shortly after the release.

And because I like you guys, I’m sharing the few bits of information we have about the Breath of the Wild sequel that will be released on Nintendo Switch in 2022 (if all goes well). We’ll be heading to the skies of Hyrule, where Link will have new powers. 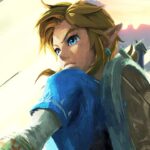 Customize your controller with the Xbox Design Lab from $69