To help us wait until its release on February 18, 2022, here are the various special and collector’s editions of the long-awaited game Horizon Forbidden West. Scheduled for PS4 and PS5, it should delight fans of collectibles who have been a bit sidelined since the release of the PlayStation 5.

To make up for it, it’s not one collector but several that will be released, enough to break your piggy bank as we had with The Last of Us Part II.

So we have the following versions (I copied the official description). There are also standard versions with just the game for 69.99€ on PS4 and 79.99€ on PS5. 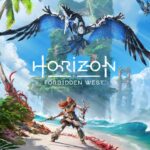