The good idea of Xbox and Bethesda to mark the arrival of Bethesda in the Xbox family is a round table discussion with the leaders of both companies. On the programme, we dive a little into the history of Bethesda with videos on the studios but also a few figures that go well from time to time.

Of course, Phil started the discussion by addressing the hottest topic of this acquisition.

To cut a long story short: Bethesda games currently available on other consoles will obviously be supported by Bethesda. Games that are due to be released soon and are PlayStation exclusive will be released on PlayStation 5 (Deathloop, Ghostwire: Tokyo).

However, future Bethesda games will be released exclusively on platforms with Xbox Game Pass: Xbox One, Xbox Series X|S, PC and mobile (cloud).

I’m going to try to be as clear as I can because that’s what I, I just think it’s fair. So obviously I can’t sit here and say every Bethesda game is exclusive because we know that’s not true. There’s contractual obligations that we’re going to see through as we always do in every one of these instances. We have games that exist on other platforms and we’re going to go support those games on the platforms they’re on. There are communities of players. We love those communities and we’ll continue to invest in them. And even in the future, there might be things that have either contractual things or a legacy on different platforms that we’ll go do.

But if you’re an Xbox customer the thing I want you to know is this is about delivering great exclusive games for you that ship on platforms where Game Pass exists and that’s our goal. That’s why we’re doing this. That’s the root of this partnership that we’re building and the creative capability we will be able to bring to market for our Xbox customers, it is going to be the best it’s ever been for Xbox after we’re done here.

It must be said that if Xbox is often criticized on the formats chosen to communicate with the players, this round table is a very good idea and that the realization is perfect. 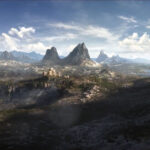 Xbox and Bethesda in a hero-filled commercial