Bethesda, designers of unforgettable experiences since 1986

Bethesda, designers of unforgettable experiences since 1986

This Tuesday, March 9, 2021, Xbox made official the acquisition of the ZeniMax Media company. From now on, the Microsoft family will be able to count on new studios that have marked the history of video games.

Studio acquisition is not exactly Xbox’s DNA if we consider the first years of the American giant in the game console market. If you take a look at Xbox Game Studios, you’ll mainly find studio creations from the Xbox 360 era (343i, The Coalition, Turn10).

And then with the arrival of the Xbox One, everything changed. Xbox realised that it needed to secure its catalogue of games and diversify its offer.

To mark the occasion, Bethesda has shared a video that reminds us of the company’s genesis and what it has become after all these years.

Not forgetting the games planned for this year and the years to come with Deathloop, Ghostwire: Tokyo, Indiana Jones, Starfield and of course The Elder Scrolls VI.

Good luck to this now historic duo, with a special thought to two of my favourite studios which are Arkane Studios for their refreshing ideas and their perfect realisations, but also to Bethesda Game Studios who made me dream with The Elder Scrolls III: Morrowind almost 20 years ago. 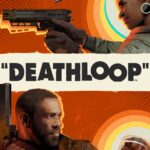