Unveiled during E3 2017 on the occasion of the PC Gaming Show that nobody watches (and yet, we know that the future “indie” nuggets are still hidden here), Tunic had been discovered by the general public thanks to the Xbox show l ‘Next year.

It took two years for this unpretentious little game to be playable by ordinary people thanks to a PC demo available this weekend. A demo that does not reflect the final version of the game but allows us to understand the basic gameplay a little better.

Here is a short overview after trying-hard (I’m kidding, I played like a casu, quiet) this short gaming experience. Note that Tunic is developed by one person, who is called Andrew Shouldice and we say well done, because it’s a good job.

Tunic takes us into an atmosphere that reminds us of the first Zelda and we will take this artistic direction as a tribute to one of the most striking adventure games in video game history (I weigh my words, thank you Mr. Miyamoto).

We embody a fox dressed in a beautiful green tunic who sets off on an adventure in a world where the language is unknown to us. Our hero discovers objects in chests scattered here and there, whether potions, weapons or piggy banks filled with crystals (I specified that it was a zelda-like).

The gameplay is simple and efficient. We control our character, we equip him with objects, a staff or a sword to fight, a shield to defend himself and we hit the bad guys by dodging attacks thanks to our impeccable roll.

We are far from being lost so much the game uses known codes that have worked since the dawn of time. You have to cut down trees to reach “hidden” levels and understand the pattern of enemies before launching into a fight.

However, Tunic imprints other less classic game mechanics for a game that at first seems simply ‘”cute”. Save points are scattered through the levels in the form of statues and if you die you will have to return to find your “fragments” where you were beaten (like a Dark Souls) .

Our hero has a life gauge and an energy gauge, the latter being used when we roll or parry blows with our shield. We must therefore efficiently manage our energy in combat so as not to return to square one after 3 unfortunate blows.

Graphically Tunic is adorable with its minimalist 3D isometric. The visual effects are a feast for the eyes and our little fox walks in settings that play a lot with light and this is not to displease us.

Special kudos for the use of a language that does not exist in the game, on signs and explanations.

No release date for Tunic for the moment, still planned on PC and Xbox One (Xbox Series X backward compatible). We can’t wait to see what the game has in store for us because this short demo gave us a great time. 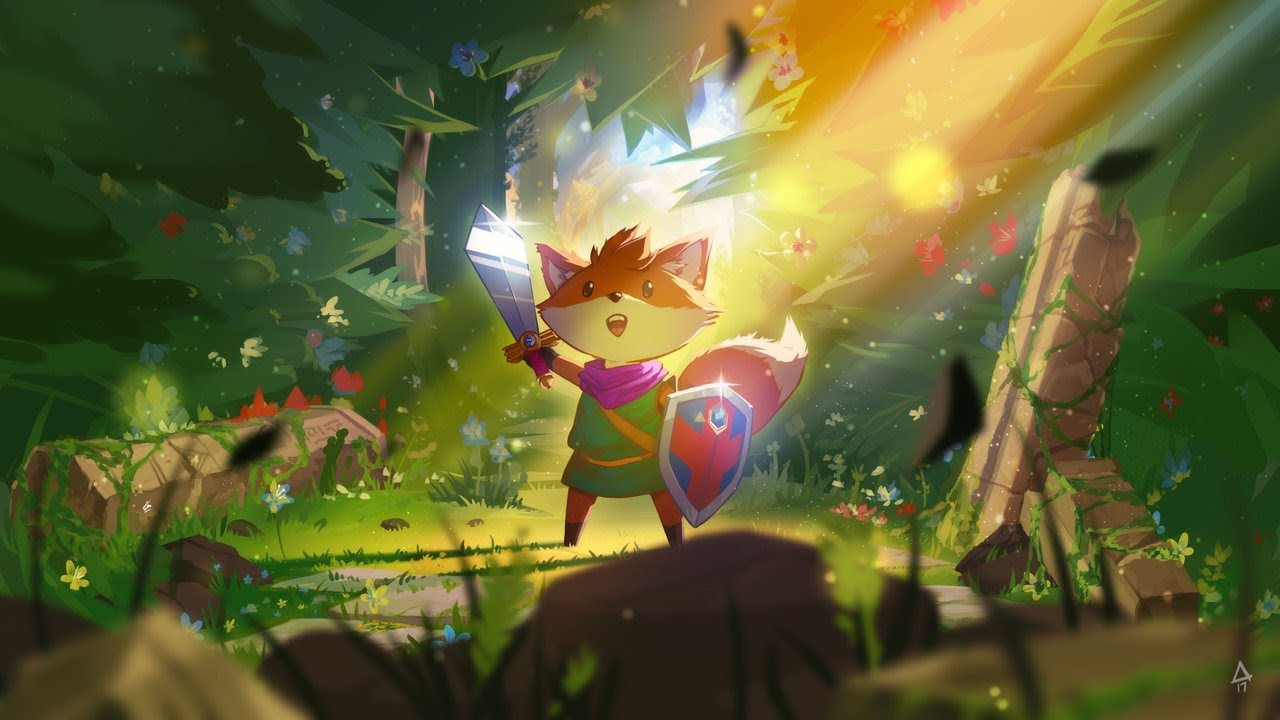 Patrick O’Keefe : from Dead Space 3 to Spiderman Into the Spider-Verse